the journey home from pact camp

A huge smile spread across my son’s small face as he took the hat off of his new “big brother” and placed it on his own head, mirroring his new best friend. His arms then wrapped around this older friend in an embrace I rarely see from my son. He looked secure, happy, proud, and confident. Home. He belonged. It was as if he would never let go, not out of desperation (though this could be true as well) but out of joy. Throughout the night he experimented with borrowing this boy’s hat and placing it on his head to find the spot that was just right for him. He was finding his own way, discovering a necessary part of his identity. I watched in awe this connection I will never be able to have with my son, thrilled that he was finding it. I also felt sadness that when he looks at me he cannot see an outward reflection of himself. He is black and I am white. He is a male and I am female. This is our truth.

The next day, we left the safety of Pact Family Camp and our community of families with adopted children of color. It was time to go home; we had two plane rides and a layover ahead of us. I often wonder how these trips across the country will go. Both in terms of traveling with younger children, and in terms of the looks we will get in the airport as a family of two white moms and two black boys.

Adding to my concern was the event that happened the night before we left Camp. The teenage campers (mostly African American) went to town for ice cream with their counselors (also mostly African American). It was the Fourth of July. The kids were walking together, excited to be in Tahoe and getting out to have ice cream to celebrate the holiday. A white man came up to them and said, “Well, it looks like Fourth of July is like Halloween, when all the niggers come out.” When the counselors approached the police for help they were told, “I am sure that didn’t happen, that is a good man in this town.” The blatant disregard for the truth of the matter was astonishing—and yet not at all. How can I be surprised that the white authority figures in this predominantly white community did not believe or trust some young people of color?

The stark difference is clear to me: a young six-year old black boy, just learning to feel his black male pride, with his nine-year old friend showing him the way. He is still young enough to be seen by most white people as unthreatening and cute. His older friend may be still seen as cute or may be somewhat threatening. And here were these teenagers, also feeling proud and excited, being overtly affected by racism: they were no longer given the benefit of being cute but rather seen as fully threatening. While there are some people who find black people threatening no matter what their age, there are many who find “little black kids” cute and acceptable. Then the kids get older and the perception of cuteness is replaced by that of danger. I know this will happen… but when? How can I prepare my son for the moment when he becomes a perceived threat?

How can I prepare my son for the moment when he becomes a perceived threat?

We got to the airport in Reno. My son wanted a hat. We tried on all sorts of hats, and he found the one he really liked. With excitement, he looked in the mirror as he placed the hat sideways on his head. There was that same smile and that same pride I had seen the night before! I could feel myself both thrilled for him and also very aware that putting his hat on sideways like that was “a more black thing to do.” I worried that this was one of those moments when to some people he no longer looked so cute but rather became a figure seen as more threatening: he was “that black boy.” I hated that I thought this and yet I could feel my internal conflict. I so badly want him to know himself to be black, identify as black, and relate to his culture with pride. Yet, in this moment, my white mother bear wanted to protect him from white judgment. There was a part of me that wanted in some ways to make him look “more white” or “less black” so he could be safe.

I found myself walking through the predominantly white crowd at the airport in a hyper-vigilant state, preparing myself to fight for my child should anything come his way that was in any way threatening to him. As I walked, I could feel my white, fearful mother bear change into a courageous fighter. I remembered Pact Director Beth Hall saying, “You don’t have time to sit in your fear. You have to wake up every day and step up with courage to do this work of being a white ally, of fighting racism for yourself as well as for your children.” I could feel my walk and my demeanor change. I was walking as my son was—with pride and joy—and with determination to not let someone squash that for him or for either of us.

“You don’t have time to sit in your fear. You have to wake up every day and step up with courage to do this work of being a white ally, of fighting racism for yourself as well as for your children.”

As we got off the plane in Chicago—after three and a half hours—we had one hour before we had to get on another flight of almost two hours. We have very energetic children who need to run and let off steam. There was nowhere for them to be their true selves, no playground, no place set aside where they could run. I knew if they didn’t get some of their energy out it would be a terrible flight on the second leg home. So, my partner and I decided to let them run up and down the hallway. I knew this was what they needed to do—and at the same time, I was very aware that we were two white women letting our black children “run wild” in the airport. I wondered what people would think, particularly African American people. As a white woman, I want African Americans to know I am doing my best to raise strong, well-behaved, well cared-for African American boys. It is my responsibility to that community as well as to my children. So, was it my white privilege that gave me permission to do this with my kids? Was it my class privilege? Was it okay to do this? Would a black woman let her children do this in an airport? These were some of the questions in my head as I saw my children letting out their pent-up energy.

In this moment I was so much more in tune with the overt racial differences in our family than with the fact that we were two partnered women—though that reality never leaves my side either. At one point a white man was staring at us as we sat and had our pizza before getting on the plane. His look was one of disdain. At that moment, I could not tell which “thing” was creating the disdain for him, but I could clearly see and feel it. I could feel my courageous mother bear come forward again. I was ready if need be. Still, I was glad to board our plane and not see this man again.

Two days after arriving home my son was up in the middle of the night, wide-awake: time change, adjustment, and thoughts. He had been informed at camp about the experience the teenagers had in Tahoe City. As he sat on my lap, cuddled up to me, he had a barrage of questions for me about what had happened. He wanted to know why some people would be so mean to black people, and we discussed what he would do if something like that were to happen to him. It was the first in-depth conversation I have had with my son about the reality he will face being a black boy in this world. While incredibly tender, I was aware that this conversation was also breaking an innocence to which he would never be able to return. It was almost like the moment when kids learn there is no Santa Claus, except this was the beginning of teaching him about a reality he will have to deal with for the rest of his life—a reality that could cost him his life if he doesn’t understand and acknowledge it. These are no small issues. This is life and death. I can feel it. He can feel it. I am committed to fostering ways for my son to feel and see himself in all his beauty and complexity. I also have to teach him how to handle himself out there in this racist, classist, heterosexist, “traditional family”-oriented world where he does and will face unwanted questions, treatment, and experiences. Even before I became a parent, I learned how to be an ally to my sisters and brothers of color. Now I need to translate that to my son on every level. I need to be his ally. I am clear about my job and my commitment.

Even with this clarity, I am amazed by the complexity that can fill just two days in the life of this white adoptive mother with black children. I am sure there will be many more stories to write. 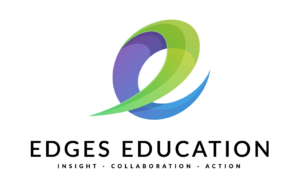